I know! These days it is hard to believe that we are living in the 21st Century. We seem to be going back in history not forward, and IT IS scary!

Take The Chechen Republic “Camps” for example. The atrocities that are happening there are something out of a horror movie. Imprisonment, beatings, made to sit on bottles and electrocuted all for being gay. I just cannot wrap my head around the blatant hate! Just last week alone, 100 gay men were ‘picked up’ for being gay and three have been allegedly murdered. Murdered! For being gay! It has become so bad that many LGBTQ communities have left the region.

The Russian LGBT network has set up a hotline for people seeking help. To date, the reports of the abuses that have been happening in these “camps” would make your stomach turn!

United We Stand, Divided We Fall! 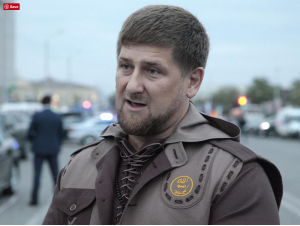